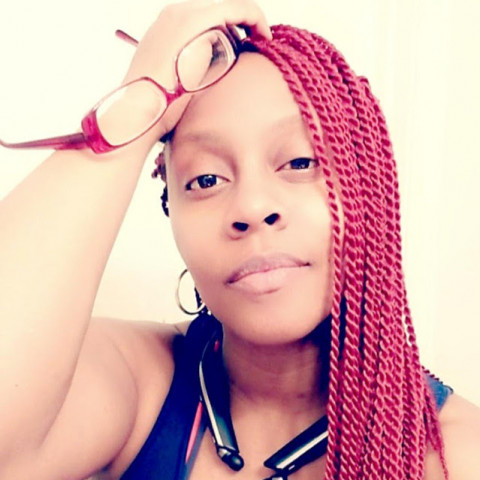 Artist Statement: The vision is love, the look is love, the sound is love, the feel is love. Only when we stop fighting each other and start loving each other can we truly love as a community, as one race, as a people and as a nation. "I Wanna Love" is a beautiful record that depicts not only elements of a personal relationship but elements of displaying love no matter what race you are. Its making a valid connection between the two concepts that blaming each other and going at each other only amplifies negative energy, violence and hatred. And collectively, I think its safe to say that we all want to live. Someone has to take the first step and its up to us as individuals to do so, so that love prevails and kills this infectious virus that has for far too long plagued this state, this nation and all over the world.

Show Some Love Thanks! 8

When you say her name, think of it as a phrase, "LeXXah drew". Its past tense and she's on to her next musical art piece on that musical canvas. It is that moment you realize after you hear her unique sound you say to yourself, "LeXXah drew it!"

LeXXah Drew considers her sound in basketball terms, "positionless" because her songwriting and vocal abilities can fit into cross-genres. Being solid in many genres displays the level of her creativity. She can give you Pop, hiphop, jazz, urban, R&B, EDM, country, even opera if that is your cup of tea, all within the course of a record.

She thinks of herself as the Bruce Lee of songwriting, she adapts to different styles and has the ability to elevate stepping out of the pocket. She has the elements of a pocket pass first and running Quarterback. It makes for great entertainment and a breathtaking display of her music.

This young beautiful soul has just finished the 1st Season of 10 Episodes, of her NEW Show, LIVE with LeXXah Drew on her IGTV and Youtube Channel. It is broken down in 3 parts: the Acapella Segment, the SPECIAL EDITION and the Acapella SHORT SHORT. The show is about doing cover songs with a unique twist. Actual Acapellas in the form of a record of major artists available for fans and admirers to download for free. She applies her touch on it whether it be in the lead and/or the background vocals and dissects the vocals emphasizing her approach when making the acapella records as well as promoting her music. LeXXah Drew is currently working on Season 2 and its going to be even better than the 1st Season hands down.

LeXXah Drew recently released her Single, "I Wanna Love" a global, Hip-Pop Opera record, which has been placed in 7 Spotify Playlists. Her record, "In The Ring" got ill'd on K100 Radio Ill or Kill Show receiving the nod from the masses to get in rotation. "In The Ring" has recently been placed on the following spotify playlists: Best New Tracks by Abby Garcia, Pop Rock by Nerdelagua and Follow Us and Follow the Stars by Diamounosguardo. "Under Them Sheets" another record got placed on the Indie Class Radio Spotify Playlist and Drew is looking to add another in "Then We Never Loved".

This amazing Renaissance chick is not only looking for opportunities for herself but also looking to provide opportunity for other aspiring artists. She campaigned for a feature for her future release record, "Strength In Numbers" through Makin' It Mag reaching over 3,000 artists, producers and tastemakers and over 20 submissions. The opportunity was a success! She is promoting her NEW Playlsit called, LeXXah Drew's MVP Certified Spotify Playlist. She is currently working on features with a Pop artist from Connecticut and writing for an R&B/Pop indie artist in Florida. She just finished a record with a producer from Austria and is looking to push that in the early part of 2020.

There is more to come from LeXXah Drew, she is putting together 1 other NEW show and restarting a past show to engage and lure new fans. Her COGIC roots gave her the foundation, theory and conviction to do what she loves and to pursue it. Stay on the look out for this lady right here the show is not over yet.

Previous Leatha Kendrick
Show All
Up Next Luisa Trujillo