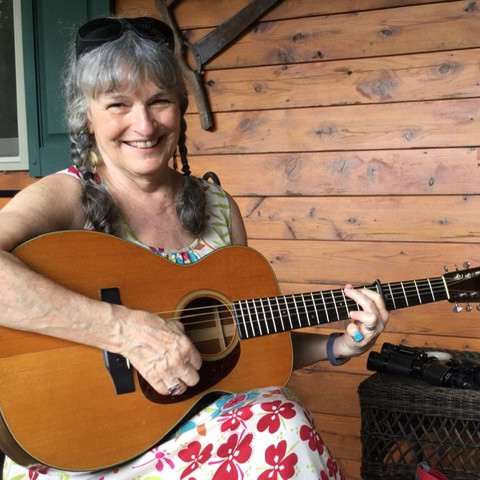 Artist Statement: More than half of Kentuckians live in our cities. It is there that the phenomenon of Urban Heat Islands happens. On hot summer days, the sun can heat surfaces like roofs and pavement 50 to 90 degrees hotter than the air. Because of this, developed areas are 18 to 27 degrees Fahrenheit hotter than rural areas. Lower income neighborhoods tend to have fewer trees, which offer shade and mitigate this problem, and more paved areas. Urban Heat Islands are, therefore, a climate/social/racial justice issue. People living in these areas, if they have air conditioning, will be forced to use more electricity to try to keep cool. They are subject to elevated air pollution and impaired water quality, and they suffer from worsened health, sometimes leading to deaths, and more plain old misery caused by heat. My painting depicts an urban street where several heat island reduction strategies are in place: light colored, reflective roofs, green roofs (the two-story building has a garden on the roof), and cool pavements (reflective surface treatments) on the sidewalks, streets and parking lots. The city of Louisville has an Urban Heat Island Project, and you can learn more about it here. 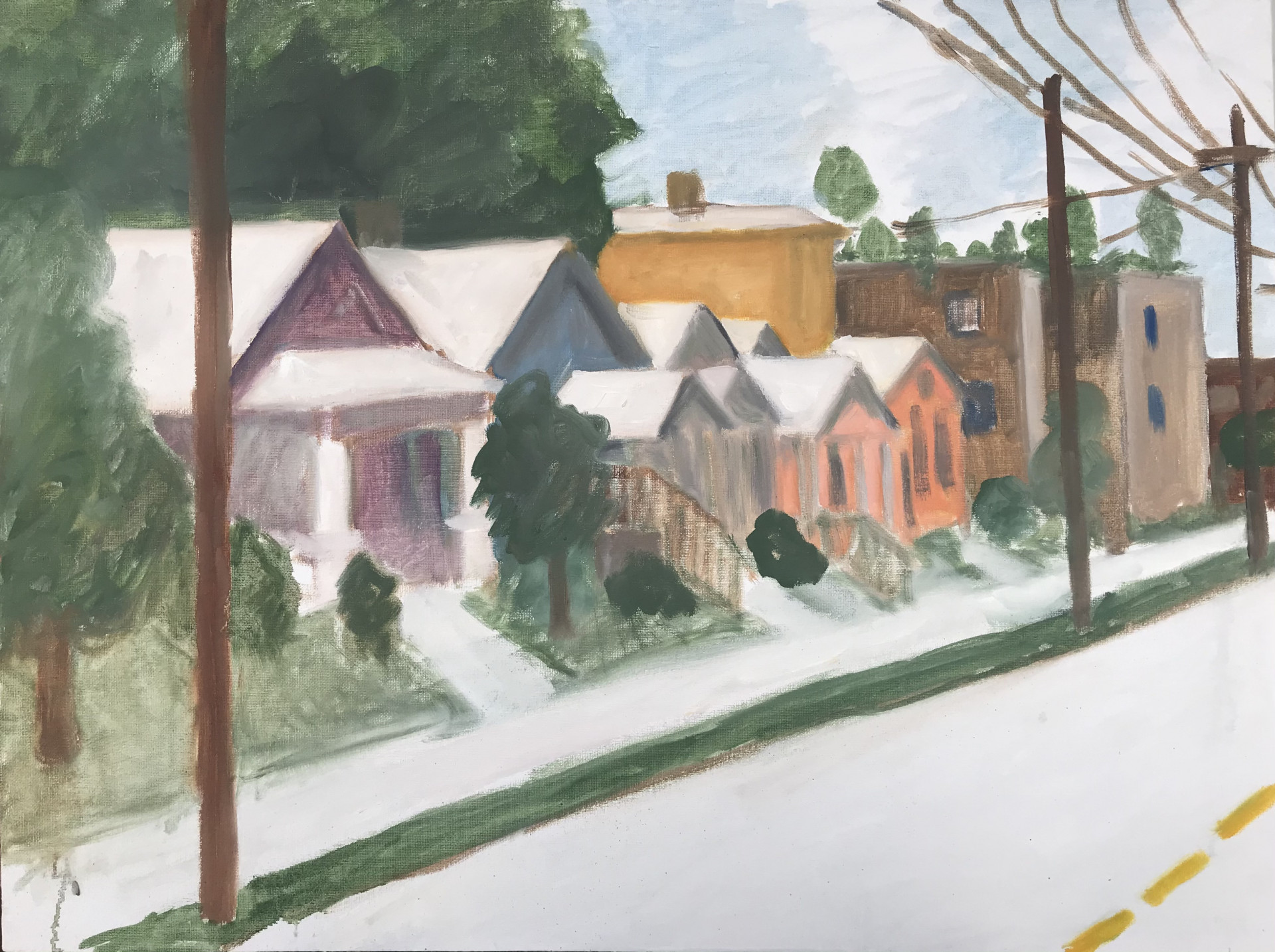 Show Some Love Thanks! 5

Since her retirement in 2006 from Kentucky Educational Television, where she served as communications director, Tona has been able to work full-time as an artist. A collection of her music related works are displayed as part of the permanent collection of the University of Kentucky Hospital. Tona painted the official portrait of former Kentucky Supreme Court Justice Janet Stumbo, and it will be hung in the Kentucky State Capitol later this year. Her work is included in the Brown-Forman collection in Louisville. Her wood engraving for the broadside of a poem by her late friend, Kentucky Poet Laureate Jane Vance, was printed by Larkspur Press in Monterey, KY. Also a quilt-maker, Tona designed the Celebration Quilt for the opening of the Kentucky History Center in 1999.

A native of Paducah, she lives on a farm in Owen County, Kentucky. She involves her eight grandchildren in her art and the traditional Kentucky music that she and husband John Harrod play.

Previous Tanisha Bowling
Show All
Up Next Cider Ellison