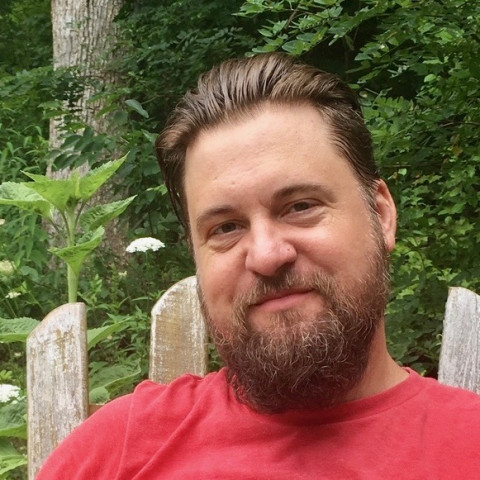 Ezell: Ballad of a Land Man is a theatrical work, devised and performed by KFTC and Empower KY cohort-member, Bob Martin, Clear Creek Creative. The piece is set on land stewarded by the artist in Appalachian Kentucky where communities are transitioning away from coal and are now facing a potential boom of oil and gas hydro-fracking. The story’s central conflict: Ezell's desire to “buy back” the family land with the income from his new job in the fracking industry and yet the awareness that he may contribute to its / his destruction by promoting fracking in the region.

Produced by Clear Creek Creative and presented at our farm and artistic venue in Disputanta, KY. Full credits at clearcreekcreative.net/ezell. Video production by Neon Bites.

Artist Statement: In this scene, Ezell is asking questions about how someone who has worked in coal and the military might get by in today's world. He relates his place in the world to that of the Buzzard and reframes those negative associations into that of Appalachian Eagle--a creature that does 'the jobs no-one wants to do'--dealing with the waste of society and transforming it into a productive, new way of life.

For all the Kin

Artist Statement: In this scene, Ezell in dealing with the aftermath of fracking his family land in an attempt to get ahead. As a result of profaning the sacred, he sets about the only thing he can do, 'practice resurrection.' As part of this healing he 'digs up the bones of his ancestors, and any ancestors he finds, because we're responsible for them all.' Ezell begins to ritually and practically repair the damage his has wrought to all living beings, embracing this new path for his life's work.

For all the Kin from Clear Creek Creative on Vimeo.

Show Some Love Thanks! 11

Robert (Bob or Bobbyb) Martin works primarily as a community theater artist and cultural organizer, producer and educator to support people and communities in transformative change. His approach is informed by two decades of work within cultural organizations, community advocacy non-profits, schools and universities, businesses, media firms, theater and flim companies. He works intergenerationally and interculturally and has collaborated in projects ranging from rural Kentucky coalfields and farmlands to the urban centers of New York and New Orleans.

Bob's current artistic focus is the touring and development of a solo performance, Ezell: Ballad of a Land Man, a piece that explores the root causes of domination behavior and land-based trauma in rural Appalachia. Ezell arises from years of research and content development in rural Kentucky through first-hand story gathering and devising as well as prior Clear Creek Creative ensemble work including Land, Water, Food Story and Where's That Power Gonna Come From?. Ezell premiered at Clear Creek Creative in 2019 and will tour in 2021-22. Ezell has received awards from the New England Foundation for the Arts’ National Theater Project, the National Performance Project, the Network of Ensemble Theaters, the Kentucky Arts Council, and Alternate ROOTS. Bob has co-written, devised and directed dozens of community performance projects including Higher Ground: Talkin’ Dirt and Higher Ground: Find A Way with SECTC (Harlan Co, KY); HomeSong I, II, III with OCAT (Owsley County, KY); The Homecoming with the Cowan Creek Community Center (Letcher Co, KY); Los Voces de las Apalaches with the University of Kentucky Appalachian Center; Red Hook High and Rise Above at the NYTVFF (New York, NY).

He has been a leader in the use of community story projects as a strategy of regeneration and equitable development, inspiring communities to reframe their narratives and rebuild their communities. In support of this body of work, he is a co-conceiver and producer of the Hurricane Gap Community Performance Institute which offers training, network-building and collaborative inspiration to community story practioners throughout East Kentucky. As an educator, Bob has taught undergraduate theater courses at Eastern Kentucky University and has worked continously as a teaching artist in schools for students of all ages for over two decades. In addition to theatre and story-specific offerings, Bob provides professional development and facilitation focused on creative community engagement strategies, public speaking, media training and digital story development, cultural asset mapping, arts education curriculum design, team-building and project visioning. Bob is an active member and former Board Chair and Treasurer for Alternate ROOTS and currently serves on the board of Carpetbag Theater (Knoxville, TN). When home on Clear Creek, Bob is responsible for maintaining the off-grid homestead and community gathering grounds as well as driving the tractor and co-curating and producing works of transformative art, learning exchanges and artistic residencies, all sorts of other productions, festivals, celebrations and more.

Previous Annette Hines
Show All
Up Next Destiny Owen